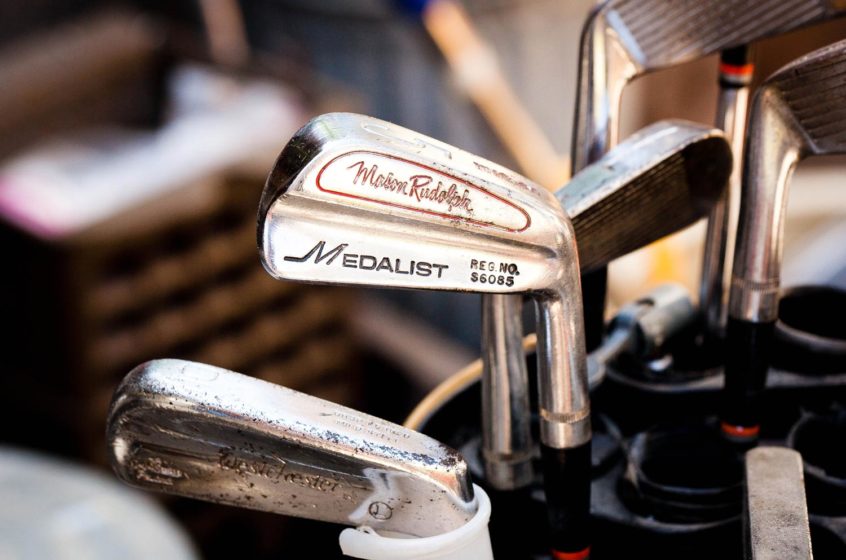 Irons have been changing as quickly as the drivers in recent years. Updates in the technology and design have caused some shifts in the irons’ ability to give great distance and provide solid control.

For this list, we’ll be looking at feel, forgiveness, and workability. We tried to balance our choices in a way that low, mid and high handicappers are able to find their perfect fit. This means that you will find the best players iron for 2019 but als the best game improvement iron in our list.

Here are our picks for the best golf irons for 2019:

This blog uses affiliate links. If you buy something through an affiliate link I will be compensated at no additional cost for you. Thank you for supporting The Hole Story! More information can be found on our disclosure page.

Golf is a game in which you yell fore, score six and write down five.Paul Harvey

Before choosing a new set of irons I'd like you to read the following checklist. It will help you to understand which irons to choose, why to choose them and especially how to find the right ones for you:

The Rogue is the speed king of the Callaway irons offerings. With a faster launch speed and a bit more ball spin, these clubs give you distance differently from most irons. The Rogue have the fastest 360 Face Cup that Callaway has produced yet.
EXPAND TO READ MORE
The COR is actually in the range of drivers at 0.835. The Rogue offers you the ability to get a lot of distance with a club that’s build for speed and fantastic transfer of momentum.

When compared to the EPIC, Callaway's flagship, the Rogue stands up well. The Epic has a more solid feel, but it comes with twice the price tag. The sound off of the Rogue is different and a bit louder, but it’s dampened by urethane microspheres that create air pockets to absorb sounds.

The Rogue family includes the Rogue, the Rogue X and the Rogue Pro. All three give great speed, in the range of 116 to 118 mph. The X differs from the other two with significantly less back spin and less than 1/5th the side spin.

For the price, the Rogue is an easy choice for any golfer that can’t afford the more expensive Pro or other models.

7/10
The Mizuno MP18 is a bit unique in the way it was created. It was first designed on a computer, then given to the legendary YORO plant to refine and perfect. It was then returned to the designers to be re-computerized and prepared for modern manufacturing.
EXPAND TO READ MORE
This gives the Mizuno the cleanest look of all of the irons on this list or almost any other. Made from 1025E Pure Select mild carbon steel which is grain flow forged.

The amazingly clean blade is a bit of a shock to the eye for golfers that are used to seeing lots of holes in the backs of their clubs. Hitting them in the middle, you get the solidity that you would expect from a blade that is forged from pure Japanese carbon steel.

For mid handicappers, these clubs are not as forgiving as other models on this list. They require a fairly precise hand to get the most from them. These are the best players irons of 2019!

They offer a lower ball flight than the JPX900 from Mizuno, but can give better distance in the right hands.

8/10
The Cleveland Launch CBX clubs have been created with the mid- to high-handicapper in mind. The unique design was created to work well on the green, on the fairway, and even in the sand.
EXPAND TO READ MORE
Cleveland's Feel Balance Technology and TWT (Three Word Tech) move the center of gravity closer to the middle of the face giving these clubs more consistency and a great feel.

When compared to the Srixon Z 565 irons, the Launch CBX provided longer carry and higher speed. The range is 8 to 10 yards longer than the Srixon Z565 irons line that are a flagship of the Cleveland offerings.

For value for the money, the clubs are excellent. Although not as forgiving as other clubs from Cleveland, these are still great clubs for those high-handicap players that want a reliable line of irons to pull out and predictably hit well. Titleist wanted to release a club with the "feel and looks of the AP2 but with the forgiveness of the AP1." After testing them for 2 month we can't say anything else to that statement. These clubs are probably the best Titleist ever made.
EXPAND TO READ MORE
Let's start with the looks. For people arguing if it really looks like the adorable AP1, yes it does, here is a picture of them right next to each other at the bottom. 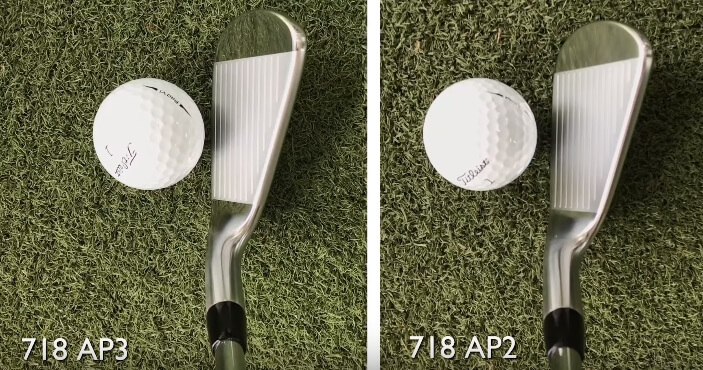 It may look like the AP2 but it doesn't feel like it. The AP3 are not forged which gives some players a feeling of less touch. I personally didn't feel that.

We rated it as one of the best golf irons 2019 because of the combination of its feel and distance. It gave me an average of 10 yards more compared to my AP1 while at the same time allowed me to hit many more good shots due to its forgivess. In no place in time did I have the feeling of misshitting with the AP3

If you are currently looking for new irons from Titleist and are stuck between the AP1 and AP2 here is something interesting for you. From what we tested, the 7 iron to pitching wedge felt A LOT like the AP2 while the longer irons felt much more like the AP1. And this is a good thing since you want to have the forgiveness of the AP1 on your longer shots.

9/10
Our winner of the best golf irons 2019 is the P760! Taylormade's replacement of the P750 and P770 is here and it looks amazing.
EXPAND TO READ MORE
The P760 is a special iron due to the added speed foam in the clubhead which is probably the greatest invention in golf from the last year or two.

The shorter irons look very nice with its hollow cavity like style. The longer irons are single piece cavities. This will appeal to the better player rewarding good shots with even more feel and a better spin rate. One thing I should mention here is that due to the shorter irons being hollow cavities, there is no speedfoam in those. So hitting a 7 Iron will give you the speedfoam effect while an 8 Iron won't. Taylormade is aware of that and this is why they gradually decrease the amount of speedfoam in the irons so that there is no "sudden" drop off. See the image below for better understanding:

If you're looking for a players iron you have to check them out and give them a try. The ball flight by the P760 is amazingly precise while bein very "touchy". When testing them I was stunned by the feedback they gave me. Good hits feel butterly soft while bad shots felt "OK".

If you currently play the P750 or P770 you should definetly upgrade to the best golf iron for 2019! You will love the forgiveness combined with great power.

Which Iron to Choose?

The million dollar question: What's the best golf iron for me in 2019? Choosing the right irons is often a matter of choice, but knowing yourself will go a long way when you’re in the store.

This list contains several excellent offerings for the mid- to high-handicap golfer, such as the Callaway Rogue and the Cleveland Launch CBX. The Mizuno, Titleist, and TaylorMade are more likely to be seen on tour as they are much less forgiving, but reward the precise golfer well.

If price is a factor, you likely can’t do better than the Cleveland. If it’s not an issue, then you can simply choose the best game improvement irons on the list.

Let us know your thoughts about the best golf irons of 2019. We are always interested in our readers’ opinions. 🏌️⛳